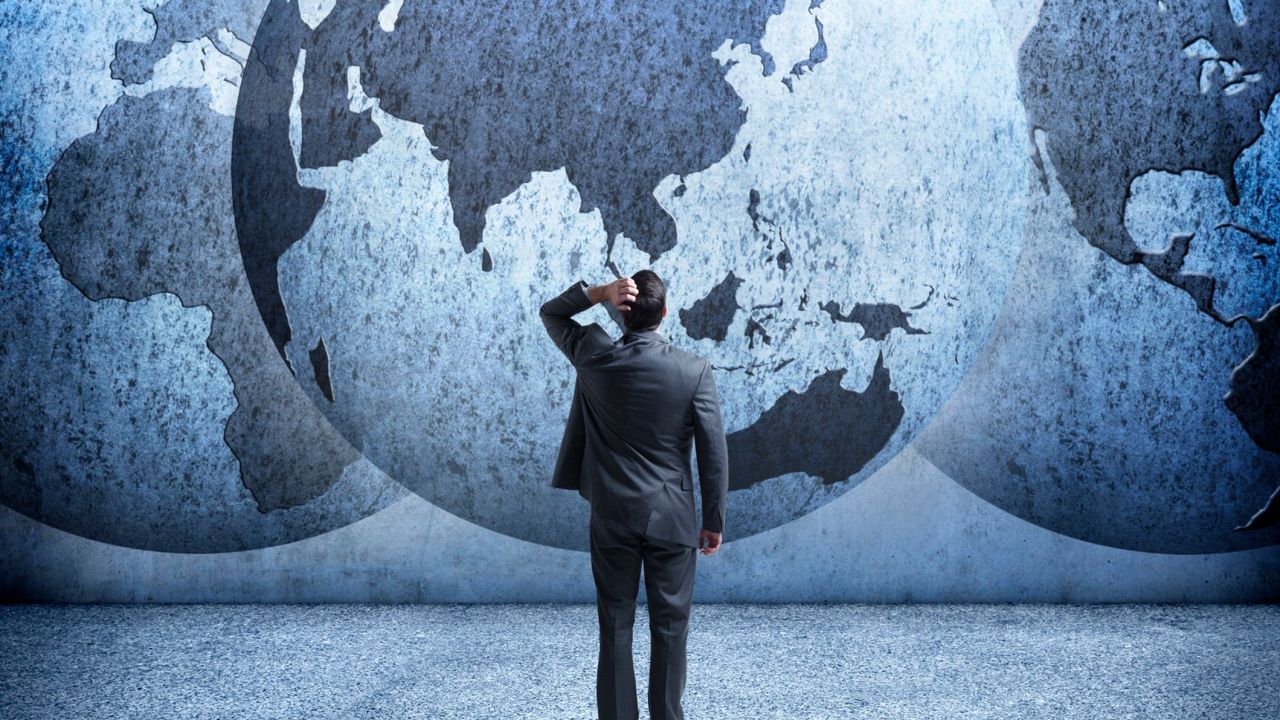 On 12 January 2023, in Volos (Thessaly, Greece), which is the seat of the Greek-Orthodox Metropolis of Dimitrias and Almyros, a strongly politicized anti-Russian “theological conference” took place. The participants included nearly 400 Orthodox Christian theologians from 44 countries formally convened in order to discuss supposedly “Nicaea-sized” questions facing the Eastern Orthodox Church in the context of war and division. The keynote speaker was Metropolitan Bishop Ambrosios (Zografos) of Korea and Exarch of Japan, a Bishop of the Patriarchate of Constantinople, which has deep and well-documented ties with the U.S. deep state at least since the era of Patriarch Athenagoras I (1886–1972). The organizer of the aforementioned “theological” conference was a U.S.-based Ukrainian “theological” institution called International Orthodox Theological Association. The President of the International Orthodox Theological Association is the Ukrainian historian and Orthodox Theologian Dr. Paul L. Gavrilyuk, who teaches at a Roman Catholic University, namely, at the University of St. Thomas (St. Paul, Minnesota, U.S.A.), and has earned his theological credentials from the Southern Methodists of Texas, who are notorious for their Evangelical extremism and their right-wing mindset. Another distinguished speaker of the aforementioned conference of the International Orthodox Theological Association in Volos was Dr. Pantelis Kalaitzidis, who is the Director of the Volos Academy for Theological Studies, which is a faith-based diplomacy apparatus of the Greek-Orthodox Metropolis of Dimitrias and Almyros, currently headed by the Metropolitan Bishop Ignatios of Dimitrias and Almyros, who is well-known for his deep ties with the Greek political and business establishment since the 1990s.

The major speakers of the aforementioned conference of the International Orthodox Theological Association in Volos, including Metropolitan Bishop Ambrosios and Dr. Pantelis Kalaitzidis, in line with Dr. Paul L. Gavrilyuk’s policy, using the elegant and deceitful language of religious rhetoric and theological jargon, attempted to justify and embolden a “Crusade” of the Euroatlantic establishment against Russia and to advance the plans of the Patriarchate of Constantinople to become the supreme administrator of the Orthodox Christians on behalf of the Euroatlantic establishment and the capitalist system in general. A report on this event was published by the Religion News Service on the following link:
https://religionnews.com/2023/01/13/a-historic-meeting-of-orthodox-christian-scholars-convenes-to-confront-divisions-and-war/

Furthermore, it is worth noting that some other, more subtle Western religious and conservative/right-wing elites try to turn post-Soviet Russia’s religious attitudes and trends into a point of weakness of the Russian society and a means of undermining the Russian Federation (traditional Marxist-Leninist bibliography and the accumulated knowledge of the KGB provide suitable and sufficient information about, and explanations of, such tactics). For instance, instead of directly using theology and, in general, religion, as an underpinning of a Crusade against Russia and as an underpinning of the Patriarchate of Constantinople’s policy of spiritual hegemony (at least among the Eastern Orthodox Christians), some more subtle Western capitalist elites and Western bureaucracies try to manipulate religious Russians in order to transform them into superstitious and passive subjects of the established system (unfortunately, several members of the post-Soviet Russian elites have given in to this temptation, for their own reasons and according to their own calculations or miscalculations).

A short reference to a Marxist approach to religion is apropos. First of all, Karl Marx’s statement that religion is the “opium of the people” must be considered in its proper context. In particular, in the Introduction to his essay entitled A Contribution to the Critique of Hegel’s Philosophy of Right (originally published in 1844), Karl Marx argues as follows (available online on www.marxists.org):

Religious suffering is, at one end and the same time, the expression of real suffering and a protest against real suffering. Religion is the sigh of the oppressed creature, the heart of a heartless world, and the soul of soulless conditions. It is the opium of the people.

Hence, Marx does not disqualify spirituality, ritual, or belief, but he exposes religion’s role in maintaining the silent tyranny of exploitative relations and poverty through pious complacency, and his arguments implicitly call for a new spiritual technology that can lead to the deification of humanity. In the same spirit, such Soviet scholars as Maxim Gorky, Anatoly Lunacharsky, and Alexander Bogdanov have formed a mystical communist tradition that encompasses several aspects of Gnosticism and Hesychasm. In particular, Anatoly Lunacharsky, who became the first Soviet commissar of education after the Bolshevik Revolution of 1917, wrote a two-volume book entitled Religion and Socialism (1908–11), in which he proposed his theory of “God-Building,” arguing that “scientific socialism is the most religious of all religions” in the sense that socialism gives rise to a humanistic religion, and that “socialism unites secular and religious ideological groups in the struggle for the proletariat” (for more details, see my book Freemasonic Enlightenment in the Context of the Modern and Perfecting Rite of Symbolic Masonry, published by Cambridge Scholars Publishing: https://www.cambridgescholars.com/product/978-1-5275-9207-0).