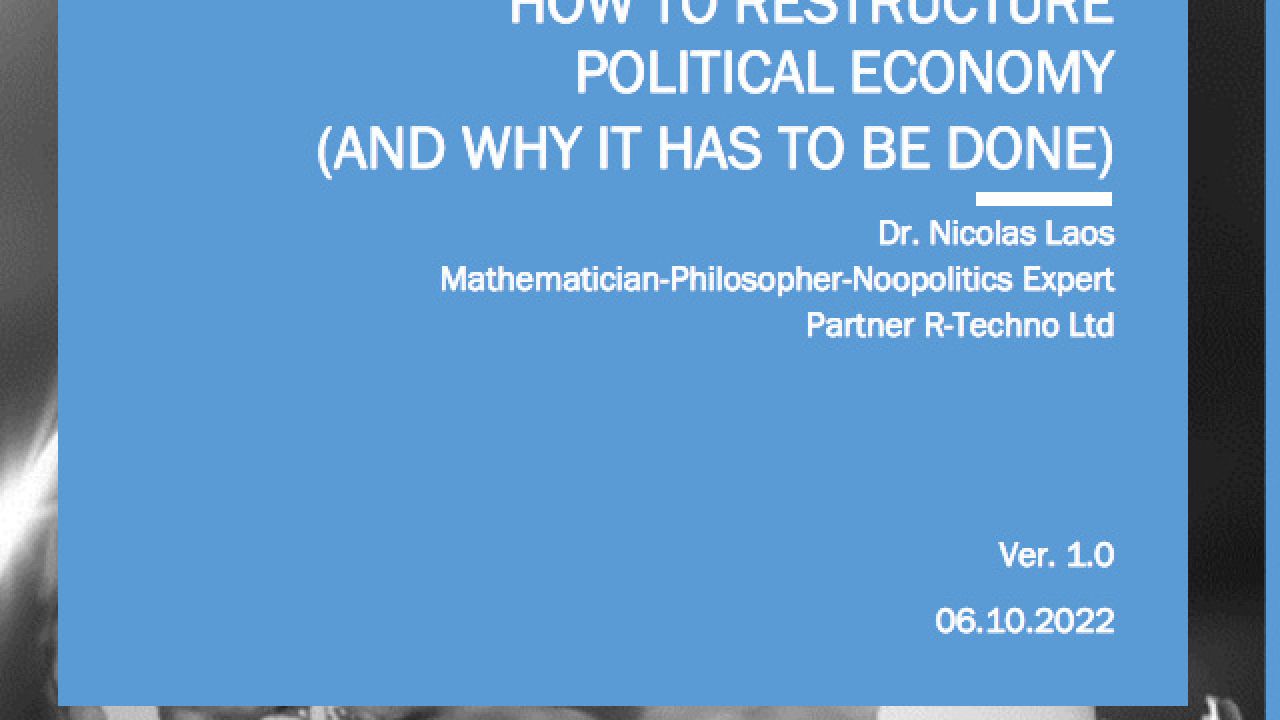 Political economy is a social science that studies production of economic wealth, trade (of goods and services), and distribution of income as well as their relationship with the political and legal system. Moreover, it is the study of the manner in which economic theories affect different socio-economic systems as well as the creation and implementation of public policy.

Like many other social scientists, I agree with Kurt Lewin’s assertion that there is nothing as practical as a good theory. Theory is the intellectual spectacles through which one sees reality. We cannot reason without generalization (namely, intellectual or “scientific” laws), and, where matters are complex, the web of reasoning takes the form of a theory, namely, a system that consists of a set of generalizations, explanations of these generalizations, and possibly critical and/or normative arguments. In the philosophy of science, by the term “law,” we mean a proposition that establishes a relation between variables, variables being concepts that can take different values.

My epistemological thesis is that we must reject both extreme idealism and extreme physicalism (naive materialism). Extreme idealism, as Vladimir Lenin has aptly pointed out in his book Materialism and Empirio-criticism (published in 1909), is based on two principles: (1) the complete detachment of the intellect from matter, and (2) the relativity of knowledge. Thus, in the context of extreme idealism, the intellect is in danger of falling into fantasy or even irrationality, and the fact is overlooked that, as Lenin has rightly pointed out in his aforementioned book, the sum total of relative truths underpins the knowledge of the absolute truth in a subject area, and, in every scientific truth, despite its relativity, one can find an element of absolute truth. In addition, Lenin, in his Philosophical Notebooks (originally published in 1916), rightly rejects “vulgar materialism,” too, pointing out that the difference between the ideal and the material is not absolute, and that the thought of transforming the ideal into the real is very important for history. For instance, the process of mathematization of scientific knowledge shows that mathematical abstractions are linked to the actual development of all aspects of the material life of society (e.g., industry, technology, financial policy, and production planning), forming a vast and ever-expanding field of applications of mathematics. The generalized experience of these applications leads to the philosophical notion that mathematical representations of the properties of things exert an active influence on the real world, namely, the ideal is transformed into the real...

With this essay, I continue my research into the history...

A Practical Course of HUMINT for Private Intelligence

“A Practical Course of HUMINT for Private Intelligence”...