Laboratory of Information and Hybrid Warfare 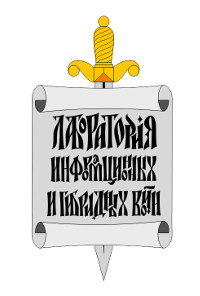 Goal:to create a talent pool for the system the Russian Federation is currently building to combat information warfare and psychological operations.

Head of Laboratory of Information and Hybrid Warfare 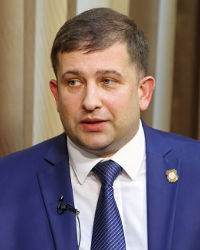 In 2018, Andrey Viktorovich delivered at M.V. Lomonosov MSU “Information Warfare and Operations to Meddle in Internal Affairs of the Russian Federation,” an original interdepartmental course that gained attention amid the foreign media. This is Russia’s first training course overtly revealing many organizational operational technologies of the British, U.S. and German intelligence services in information confrontation, including the specific cases of Skripal and others.

On August 17, 2019, the information Andrey Viktorovich revealed in his article “Andrey Manoilo: Las inversiones rusas en Venezuela son tan importantes como las de Ucrania” (“Russian investments in Venezuela are as important as those in Ukraine”) uncovered the links between Diosdado Cabello, the second in command among Chavistas, and the U.S. intelligence (through the CIA Bogotá station; these talks were overseen by Senior Director of the NSC for Western Hemisphere Affairs Mauricio Claver-Carone). On August 21, 2019, U.S. President Donald Trump had to admit that the United States had indeed been negotiating for quite some time the “transfer of power” in Venezuela with one of Maduro’s closest associates, a very high profile person. On September 10, 2019, U.S. President Donald Trump announced he had fired his national security adviser, John Bolton, over the CIA’s tremendous fiasco in Venezuela where the intelligence lost its agent of influence among Maduro’s closest associates, Trump claimed.

8 Candidates of Science defended their theses at MSU under the scientific supervision of Professor A.V. Manoylo.